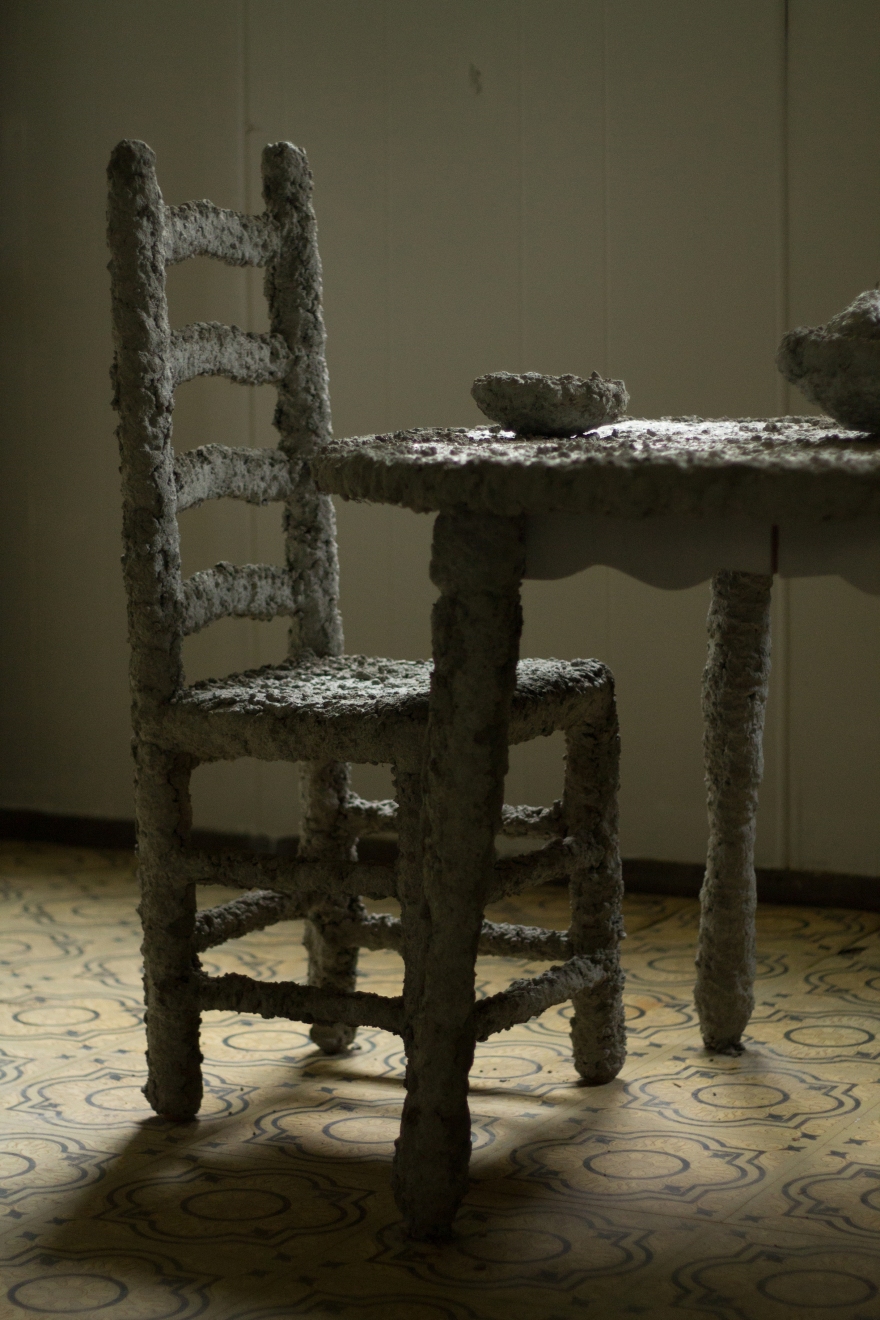 This project originated in 2013, when I was exploring the concept of altering the meaning of an object by changing its surface. I sought to subvert the notion of comfort by covering an easy chair—a living room fixture often associated with relaxation—with Quikrete. In this installation, I further investigate the idea by altering the surface area of objects composing a scene throughout an entire room. During the time I initially began this exercise in materiality, my grandmother was diagnosed with Alzheimer’s. I knew little of the disease and through research learned that a main cause is attributed to buildup of a certain protein that leads to plaque formation on the brain’s neural pathways. The subversion of the comfortable and the familiar via a Quikrete covering thus developed into a way to grapple with my newfound knowledge about the onset of neural plaque and its effects on the brain. Through this installation, I seek to explore themes such as the nature of memory, the relationship between home and memory, and the impact of memory loss.